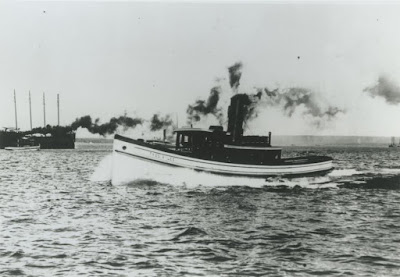 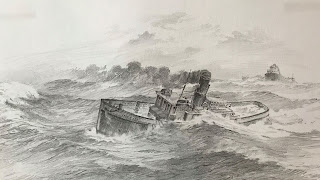 The day before the Lee had grounded at Harbor Beach and was pulled free by the Coast Guard the morning of the 13th.  Five hours later the crew of the Munson witnessed her sinking.  They reached the site fifteen minutes later but only found some floating debris 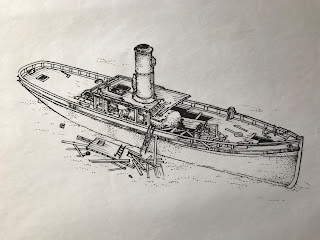 Drawing of the Fred Lee on the bottom of Lake Huron when first explored.
(Drawing by Robert McGreevy)

Additional Information from Robert McGreevy:
Old school drawing, this was done just after she was found in 1997, from 35 mm slides. Visibility was limited to what you could see directly in front of you, everything else was pitch black. This was a remarkable accomplishment for the time by Dave Trotter and Frank Troxall.

It’s an interesting study in how technology has changed documenting wrecks.

This is a photo mosaic of the wreck that was compiled from images in 2018 of the wreck as it lies on the bottom of Lake Huron.

Posted by Michigan Diver LLC at 1:11 PM No comments:

DETROIT - (N.44.13.611 W.082.45.435)  200 Feet Deep.  The Detroit was a wooden paddle wheel steamer that was built in Marine City, MI in 1846.  The Detroit was 157 feet long and suffered a collision with the brig Nucleus in heavy fog on May 25th, 1854.  The Detroit was carrying a load of lumber, coal, and hay at the time of the loss.  Today she is a beautiful example of a sidewheel steamer.  Both paddle wheels are intact and the engine still stands between the two paddle wheels.  (Drawing by Robert McGreevy of the Detroit on the bottom of Lake Huron) 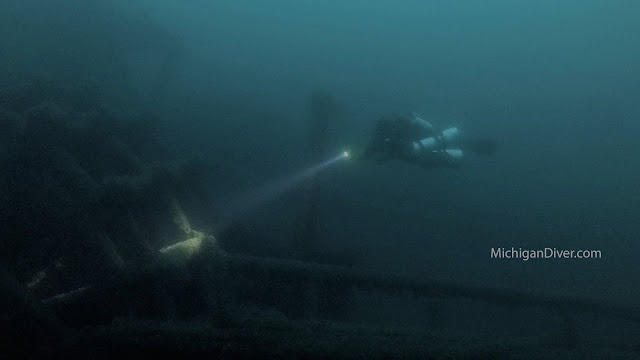 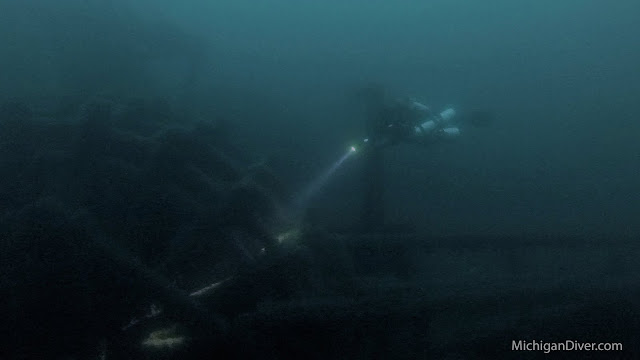 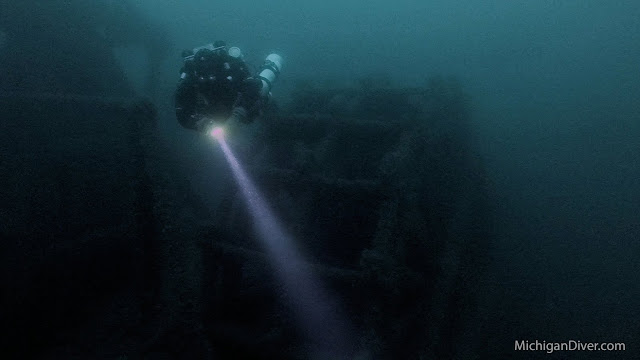 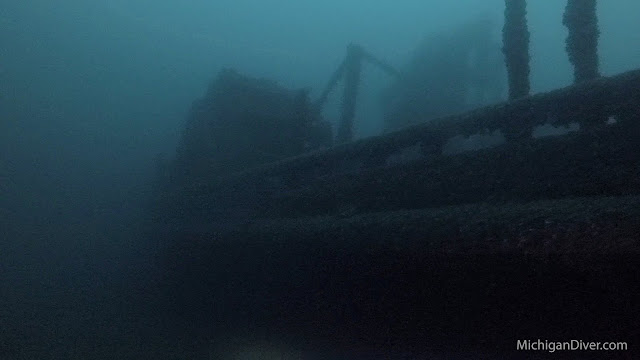 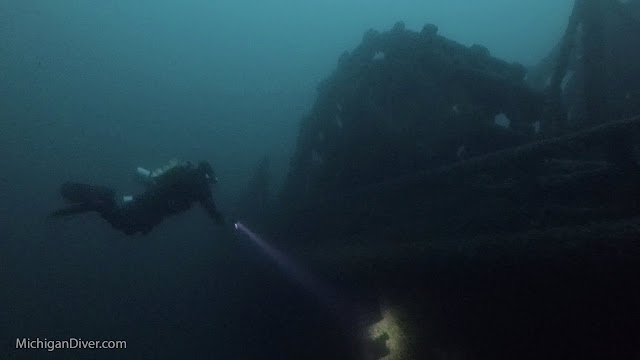 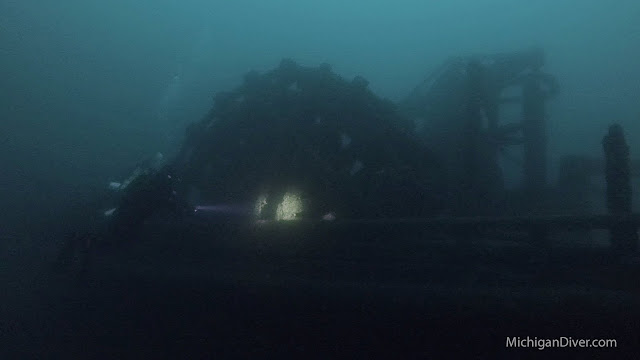 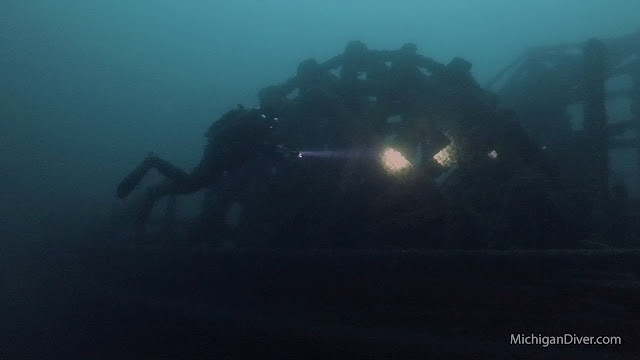 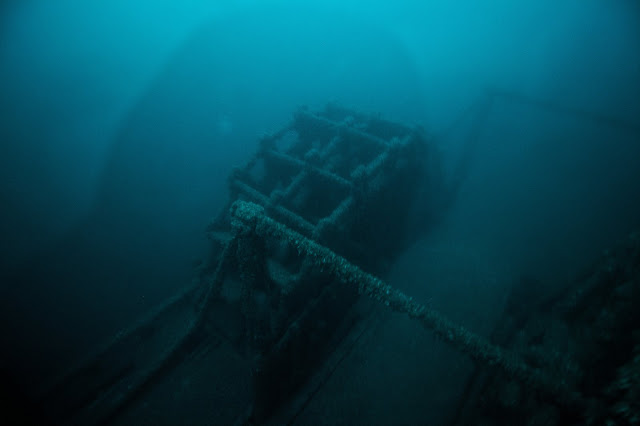 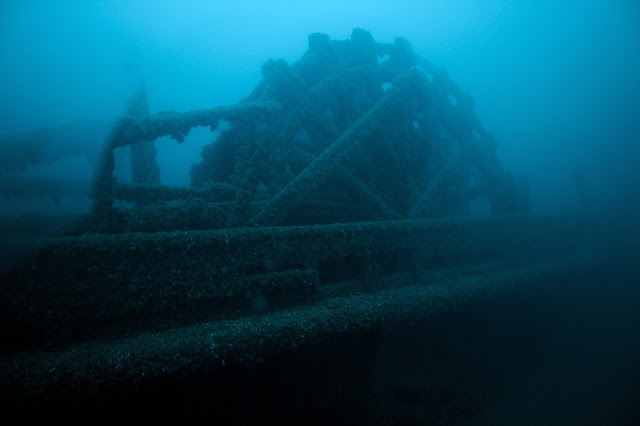 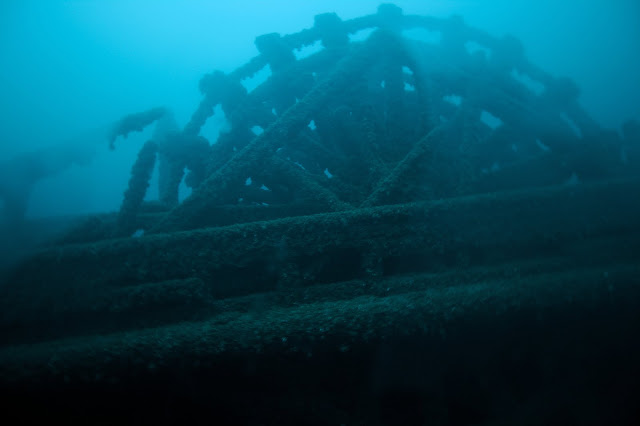 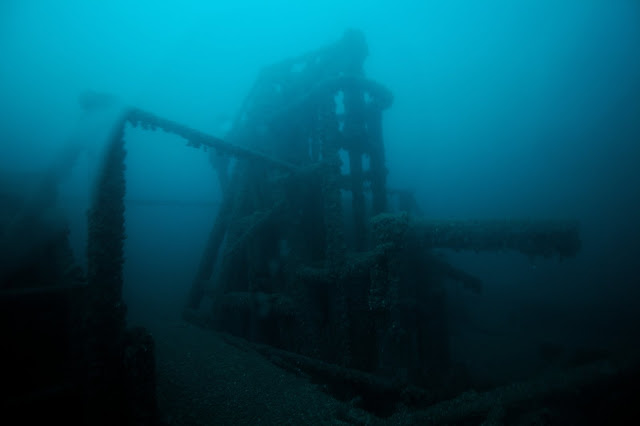 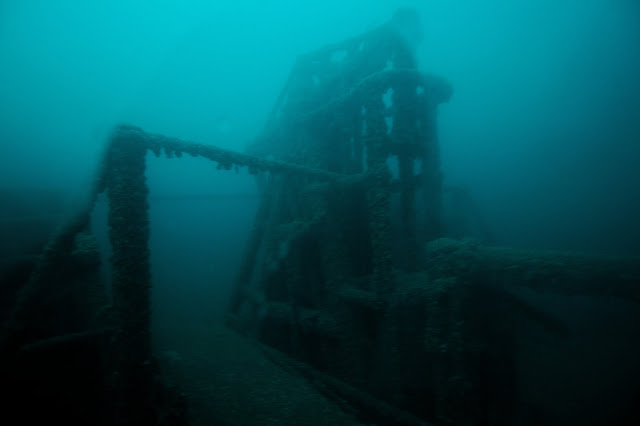 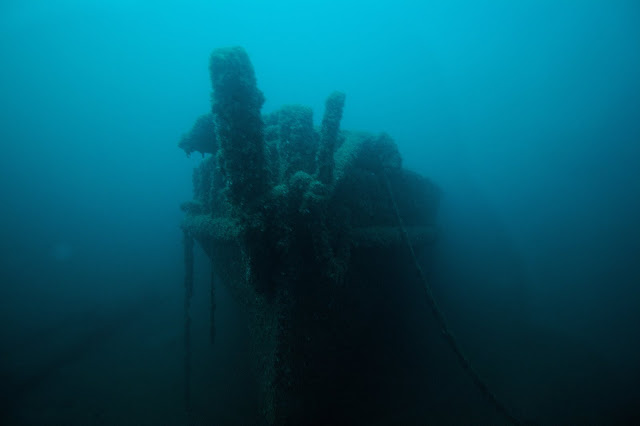 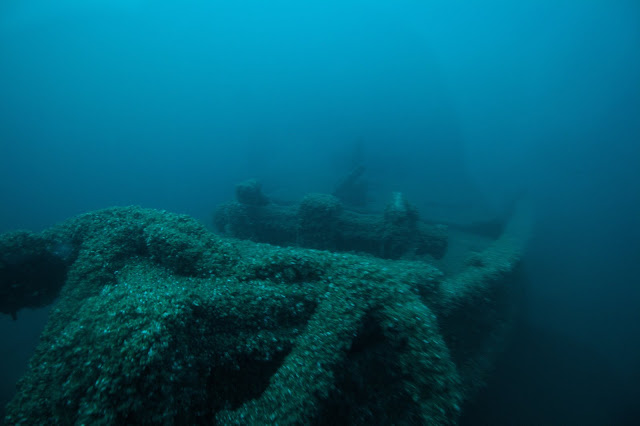 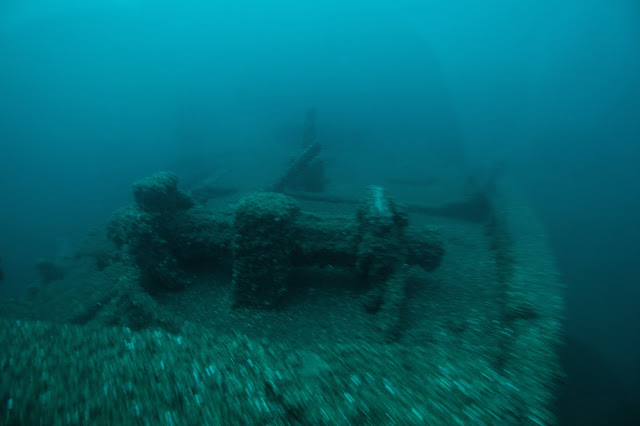 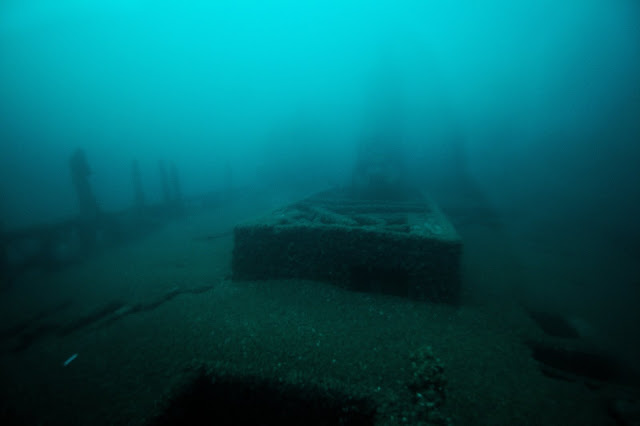 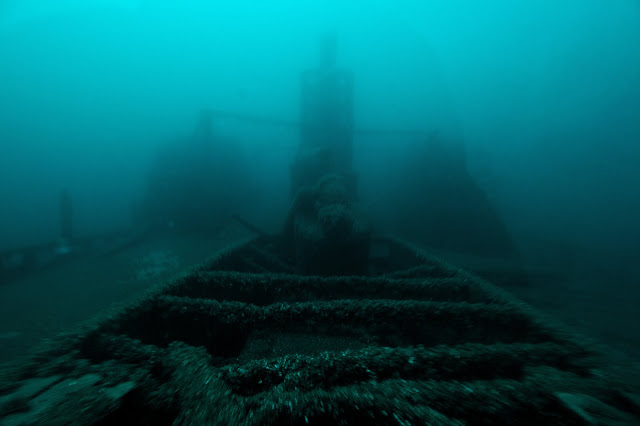 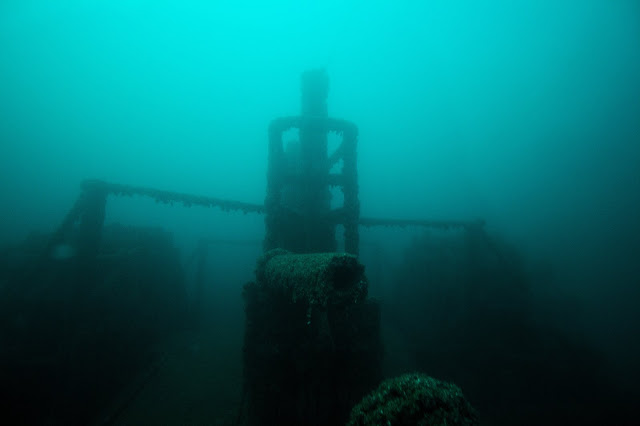 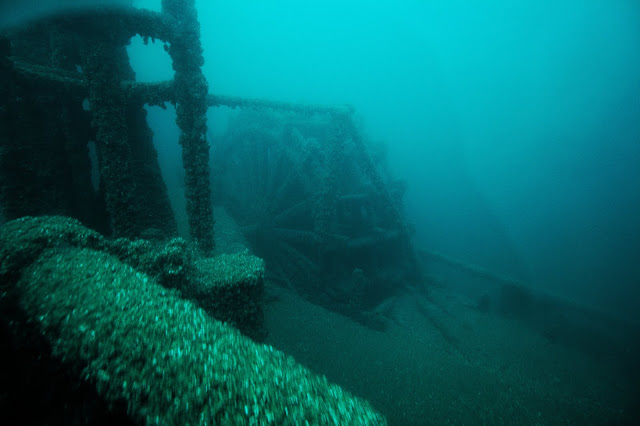 Posted by Michigan Diver LLC at 9:57 AM No comments: